Stamps shows and Exhibitions are one focus of interest for all topical collectors.
Here you have a list of national and international events from major topical websites.

Local events, meetings or lectures are not included here. If you want to include some in this section, please use the contact form.


BICYCLE STAMP SHOW IN MAMER - 200 YEARS OF THE BICYCLE


In 2017, Ralph Letsch promoted a cyclophilatelic exhibit to celebrate the 200th anniversary of bicycles.

In October 2017 on the 76th Stamp Day, occurred the 28th Maximaphile Day of Luxembourg. Additionally to celebrate the 200th anniversary of the invention of the bicycle an event "Cyclisme and Philath&eacutelie" took place.
Nine exhibits were there: Jean Weisgerber(LUX), Dinar Athale (GB), Carlo Watge (LUX), L&eacuteon Olinger (LUX), Brian Sole (GB), Marcel Fautsch (LUX), Pasquale Polo (ITA) and Jordi Quintana (CAT).
A meeting of Eurpoean bicycle stamps collectors was promoted. We discussed the exhibits, the world of topical collection, the world of the bicycle and shared two days of cyclophilately.
We enjoyed a gala dinner, several lectures, a visit to house-museum of Nicolas Frantz and an evening of exchange.
All of this perfectly organized and hosted by our secretary Ralph Letsch (LUX).

Thank you Ralph for your hospitality and well organization. 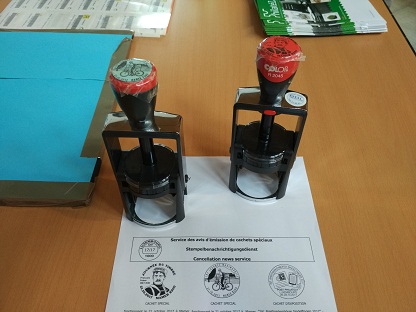 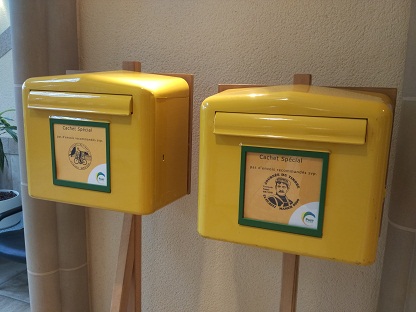 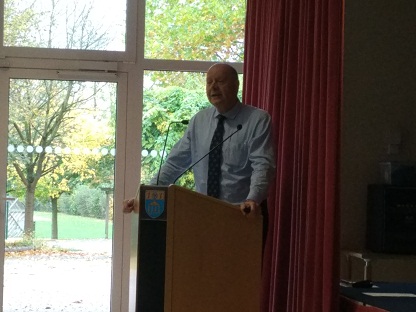 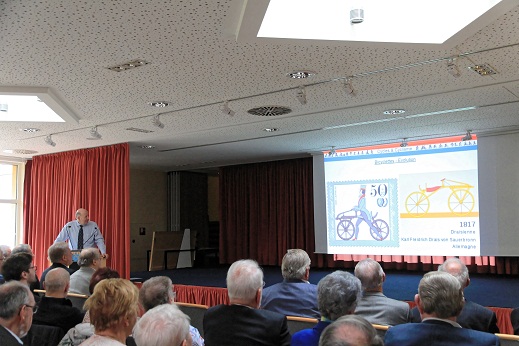 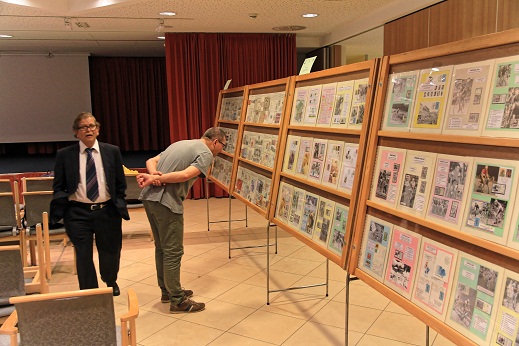 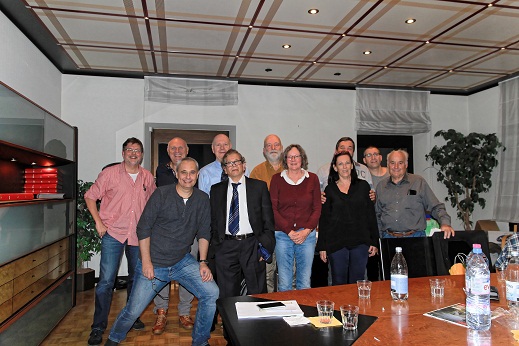 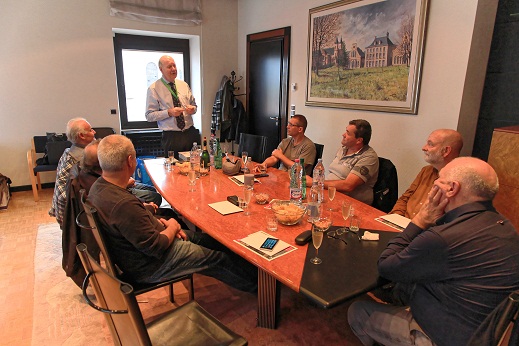 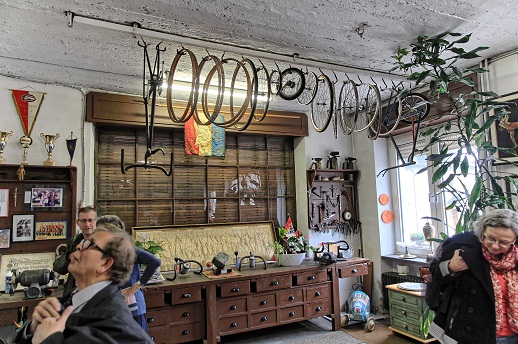 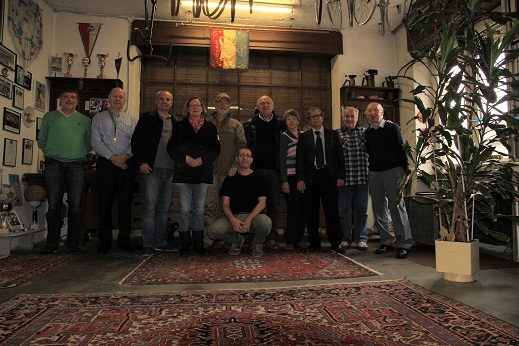 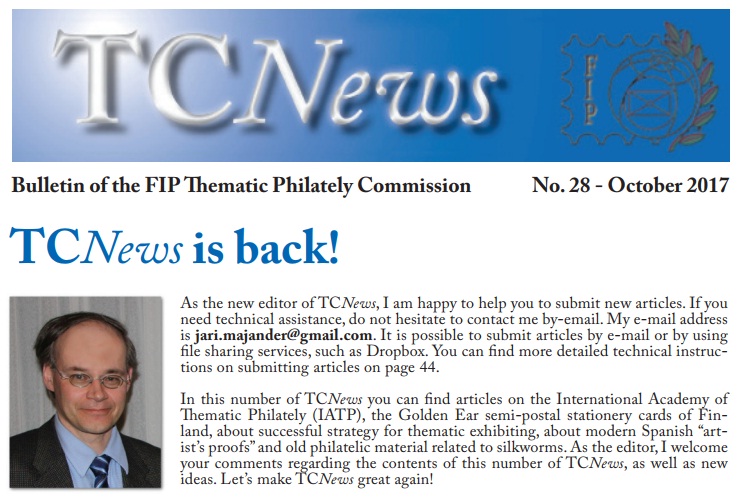 
On May 31, 2018, the Cuban Post put into circulation in Matanzas, a special cancellation celebrating the 150th anniversary to the day of the first cycling race.

The first official cycling race took place in France on May 31, 1868, in the park of Saint-Cloud (south-west of Paris) covering a distance of 1,200 meters.

With a winning time of 3 minutes and 50 seconds, the British veterinary doctor James Moore (1849-1935) was declared winner of this race and a medal with the effigy of Napoleon III was given to him.
This competition was organized a few years after the creation of the velocipede by the Michaux brothers in 1861. Note that James Moore also won the first city to city cycling race organized on November 7, 1869 between Paris and Rouen (123 kilometers in 10 hours 25 minutes). 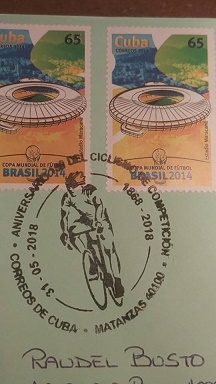 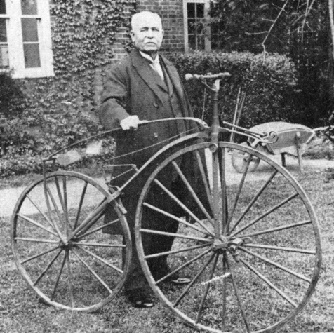 Matanzas (Cuba) cancel and an elderly James Moore, with the bicycle on which he won the Paris-Rouen.


PROMOTING THE 200 ANNIVERSARY OF BICYCLE ON PHILATELIC MAGAZINS


In order to promote our topical interest in the 200th anniversary of the bicycle, some articles were published in philatelic magazines.

Here are some examples: 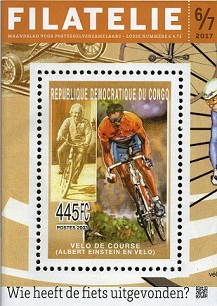 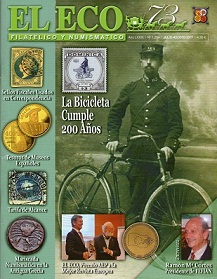 200 YEARS OF THE BICYCLE

Several bicycles stamps to celebrate the 200th anniversary were issued during 2017.
Here are some examples. 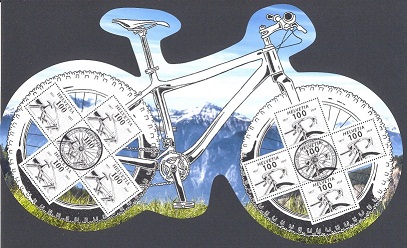 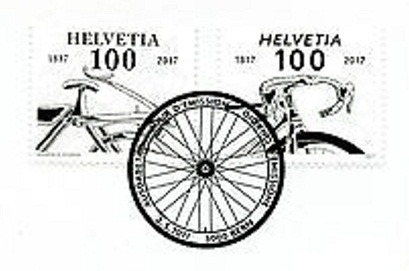 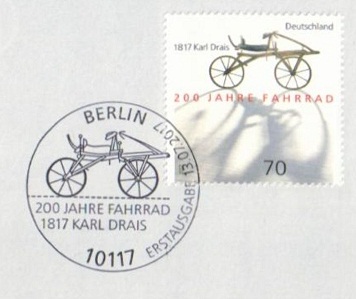 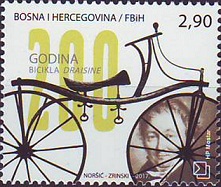 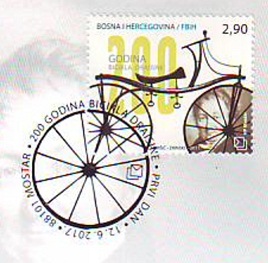 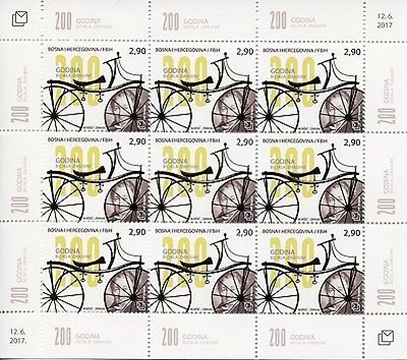 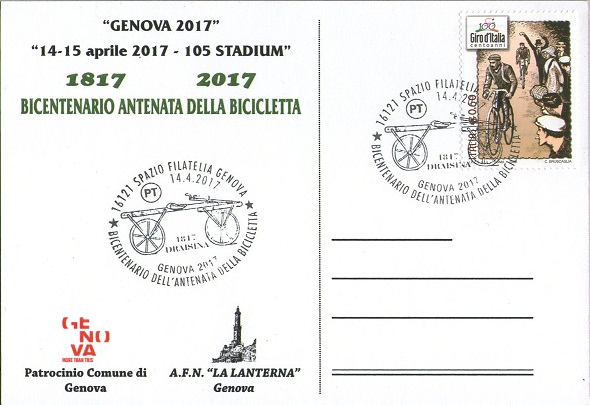